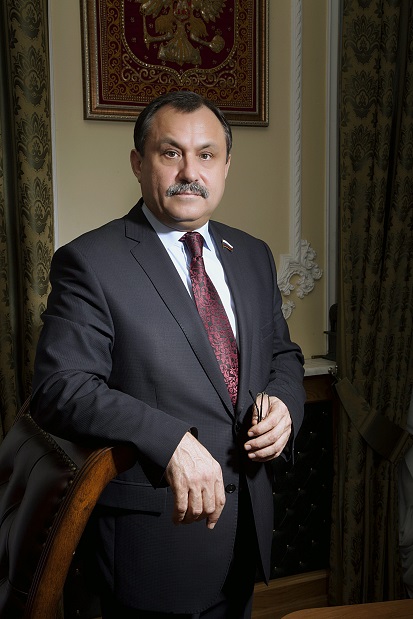 Honored Physician of the RF, Professor, Doctor of Medical Sciences

Lazarenko Victor Anatolievich was born on 26 April 1956 in the city of Sumy in a family of employees. In 1979 he graduated from the Kursk State Medical Institute, then completed clinical residency and post-graduate course.

In 2001 V.A. Lazarenko became the head of the newly organized department of Surgical Diseases at the faculty of post-diploma education of the Kursk State Medical University.

In 2001 V.A. Lazarenko was elected a dean of the faculty of post-diploma education, from 2003 to 2009 he was a vice-rector for research work of KSMU, Victor Anatolievich has been working as a rector since August 2009. He is a deputy of the Kursk regional Duma.

Lazarenko Victor Anatolievich is the author of three scientific discoveries, more than 700 publications (20 monographs), 60 inventions, under his leadership 20 theses were defended for the PhD degree and 5 theses – for the DSc degree.

More than once the rector was awarded Certificates of Merit from the Ministry of Health and Social Development of the RF, Kursk regional Duma, Administration of the Kursk region, Committee for Education and Science of the Kursk region, Administration of the Migration Service, Administration for Civil Defense and Emergencies. “Award for excellence in health protection”, awarded by the Ministry of Health, “Honored physician of the RF” (2003), chairman of the Academic Council, Thesis Defense Committee on Surgery and Cardiology of KSMU. Editor-in-chief of the Kursk medical herald “A Human and his Health”, an editorial board member of the journal “Clinical and experimental surgery” 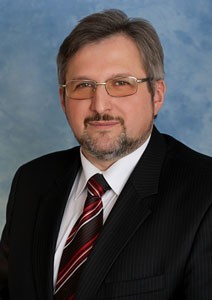 Head of the department of Microbiology, Virology, Immunology,

In 1988 P.V. Kalutsky defended thesis for the PhD degree and in 1997 – for the DSc degree.  In 1998 he was conferred with the academic rank of professor at the department of Microbiology.

P.V. Kalutsky is the author of the scientific discovery “Mechanisms of influence of geomagnetic field strength on biological objects “, more than 250 scientific, methodical and training works (including 2 monographs), 6 patents.

Under his guidance 13 PhD theses were defended, 2 theses for the DSc degree and 8 theses for PhD degree are being carried out.

Head of the Department of Pediatrics, 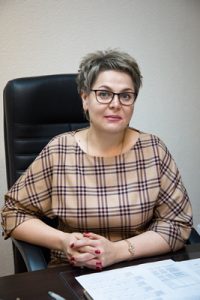 Professor of the Department of Internal Medicine No. 1,

Meshcherina Natalya Sergeevna, born in 1979, after graduating from high school in 1996, she entered the medical faculty of Kursk State Medical University. After graduating from the university, in the period from 2002 to 2003, she passed a clinical internship in the specialty “therapy”, from 2003 to 2005. studied in full-time postgraduate study at the Department of Internal Medicine No. 1 of KSMU. In 2004 she defended her thesis for the degree of candidate of medical sciences “Disorders of cardiohemodynamics and autonomic regulation of cardiac activity and their correction in patients with coronary artery disease on the background of type 2 diabetes” (specialty 14.01.05 – cardiology). Since 2005 she worked as an assistant, since 2015 as an associate professor, since 2020 – professor of the Department of Internal Medicine No. 1. 2012 to 2015 studied in doctoral studies at the Department of Internal Medicine No. 1, in 2014-2015. – under the program of the youth personnel reserve of KSMU in the direction of “Future professors”. Doctoral dissertation on the topic: “Approaches to the correction of the activity of immune inflammation and remodeling of the cardiovascular bed in patients with rheumatoid arthritis with genetically engineered biological drugs” was defended in 2015 (specialty 03/14/09 – clinical immunology, allergology), specialty “Internal Medicine”. Has additional education “High School Teacher”.

Has certificates in the specialties – “therapy”, “cardiology” and “rheumatology”, is a member of the Russian Society of Cardiology and the Russian Scientific Medical Society of Physicians. Awarded with a certificate of honor of the Kursk Region Health Committee (2018).

Author and co-author of more than 250 publications, including 53 scientific works in journals of the Higher Attestation Commission list, including those included in the international citation databases Scopus and Web of Science, 4 textbooks and 18 textbooks for students, clinical interns, residents and practitioners, 10 monographs , 3 patents for invention. 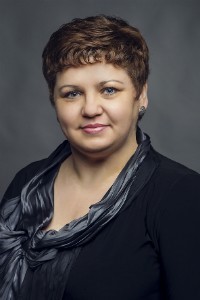 Tatyana Alexeevna Shulgina was born on 16 October 1968 in Kursk in a family of employees.

Shulgina T.A. has been working at KSMU since 2001.  In 2001 she was appointed to the position of a teacher, in 2003 – senior teacher. Since 2008 Tatyana Alexeevna has been an associate professor at the department of Social Work of the   Kursk State Medical University. In 2009 she became the head of the employment centre for the KSMU graduates. In 2009 Shulgina T.A was appointed vice-rector’s assistant for educational work. In 2014 she was elected ahead of the department of Social Work of KSMU. Since 2014 Shulgina T.A has been a Vice-Rector for Educational Work, Social Development and Public Relations.

In 2007 Shulgina T.A. defended PhD thesis. She has over 100 publications including 6 monographs, 8 methodical guidelines. 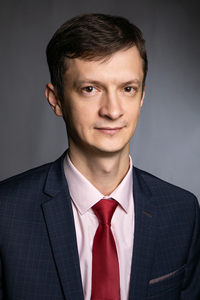 Vice-Rector for Research and Innovative Development,

Head of the Department of Pediatric Surgery and Pediatrics

Gavrilyuk Vasily Petrovich, after winning the 2000 international biology Olympiad for schoolchildren, was admitted without entrance exams to the medical faculty of Kursk State Medical University, which he graduated with honors in 2006. From 2004 to 2006 was the chairman of the Council of the student scientific society of the university.

After completing his clinical residency in the specialty of surgery (2006-2008) and clinical internship in the specialty of pediatric surgery (2008-2009), he worked as an assistant at the Department of Surgical Diseases No. 2 of Kursk State Medical University, from 2014 to 2016. as an associate professor, from 2016 to 2017 as a professor, and since 2017 as a head of the Department of Pediatric Surgery and Pediatrics at FPO.

Since 2019, Vice-Rector for Research and Innovative Development of Kursk State Medical University.

V.P. Gavrilyuk – pediatric surgeon of the highest qualification category, pediatric urologist-andrologist. Author and co-author of over 370 scientific publications in the central and local press, 10 monographs, 4 patents for inventions, 9 guidelines for doctors. Under his supervision, 1 Ph.D. thesis was defended and 2 Ph.D. theses are being prepared for the defense.