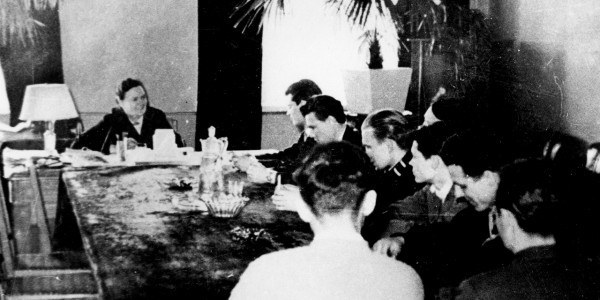 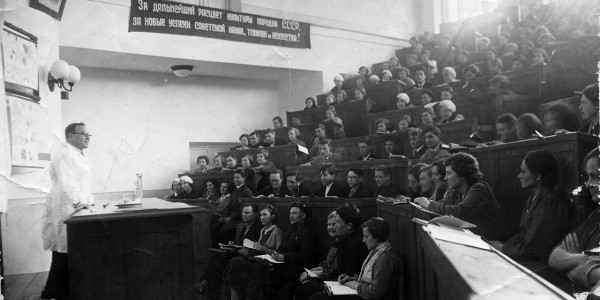 Kursk land – is a motherland of the University Kursk – is one of the oldest Russian cities (the ﬁrst annalistic mention of Kursk dates from 1032) and there are many famous events of the history of Russia related to Kursk for centuries.

Almost one thousand years ago Kursk was the boundary fortress of the Russian land. From the earliest times it was the guardian of the borders in the south of Russia.

Kursk region is situated in the center of the European part of the USSR, within the forest-steppe zone. The terrain – is a low hilly steppe plain, dissected by beams, ravines and river valleys. The climate is moderate continental.

The region has quite a dense river net. Lovers of water tourism have much chance here. They are the Seim, the Psel, the Usozha, the Oskol, the Tuskar and others.

On the territory of the region there is a famous Kursk Magnetic Anomaly – the largest on the Earth.

Who does not know about Kursk nightingales? They are known for their great and perfect singing.

Kursk antonovka – is the queen of apple gardens, its smell drove out of senses I.A. Bunin, a famous Russian writer.

Feats of arms of Kursk dwellers are mentioned in the Lay of Igor’s Warfare. The Kursk Battle made fast glory during the Great Patriotic War.

Our region is also known for the most ancient Christian sanctity – the wonder-working icon of Madonna of Kursk Korenskaya “Znamenie” (Our Lady of the Sign). Kursk origins have spiritual referents: Sergius of Radonezh, Seraphim of Sarov, whose 250th anniversary was celebrated recently all around the world. 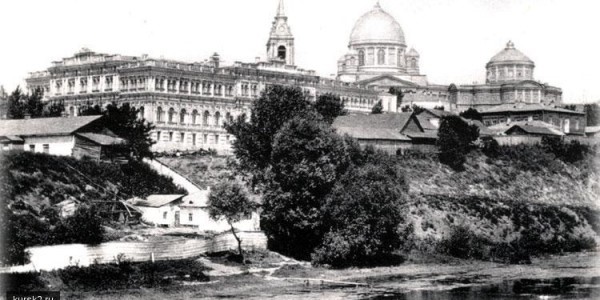 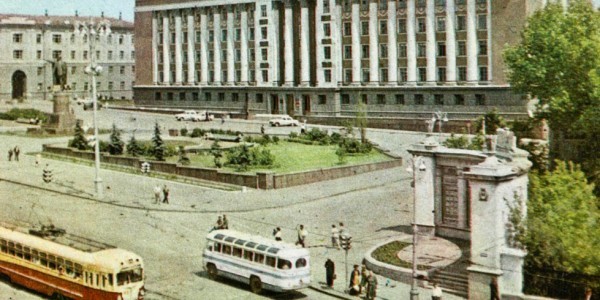 Kursk state medical university was established in 1935 by order of the Council of People’s Commissars No 89 dated 9 February.

The order of people’s commissar health service dated 7 May, 1935 read “Proceed to organize medical institute in Kursk with admission for the ﬁrst year of 250 people and establish beginning of classes on the 1st of September, 1935”.

The ﬁrst director of the medical institute was appointed physician V.I. Deshevoi.

On the 20th of May, 1935 the general committee of Kursk regional board of the deputies Soviet arrived at a decision, which obliged the directorate of the medical institute and public health administration to implement the order of the People’s Commissariat of the RSFSR immediately.

Some buildings, belonging to a college, were given to the institute for allocation of the main university’s elements. These buildings required big job in their reconstruction, equipment and additional construction. 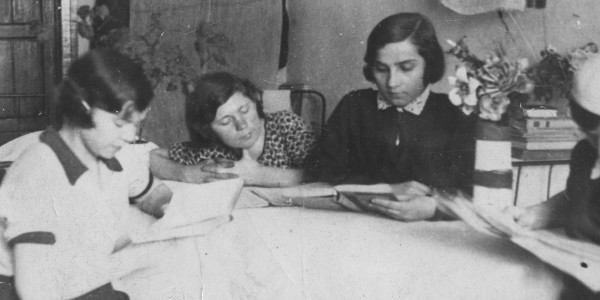 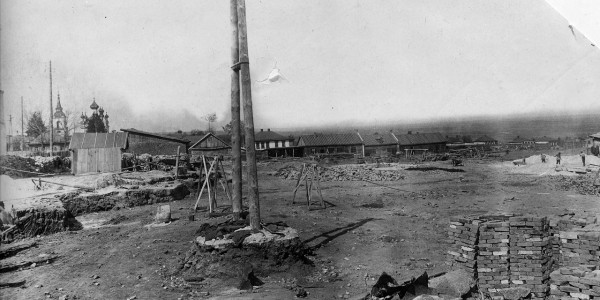 The completion of the university’s construction had to be in 1940, but by the beginning of the ﬁrst academic year everything necessary has been prepared. The main theoretical departments — anatomy, biology, general chemistry and physics — are located in buildings next to the main building. The auditorium with 300 seats and anatomical museum were also there. The ﬁrst heads of the departments were candidates of medical sciences L.A. Shangina, A.D. Bernshteyn, M.F. Mihaylov, V.I. Popov. Lecturers of the medical college and experienced medical practitioners were involved as assistants.

On the 30th of June, 1940 there was held the ﬁrst graduation ceremony of 186 young physicians.

In the spring of 1941 the university prepared for the second graduation of physicians. On the 22nd of June, 1941 during the summing up of the university’s work, a peaceful working life was broken.

In the ﬁrst days of the war 32 lecturers were off at the front: Ya.S. Androsov, A.N. Glinsky, G.P. Istomin, E.Ya. Kuperman, D.P. Smirnov, T.O. Kremlev, S.M. Kuklin, A.V. Holod, M.G. Chursanov, A.A. Rappoport, A.P. Chernaya, G.P. Smirnova, M.N. Lure, M.V. Moshkin and 210 graduates, who have passed state exams. The war didn’t let the students of the third enrolment (1937) to complete a full course of education. In September of 1941 they were graduated as warrant doctors and 231 of them went to the army. 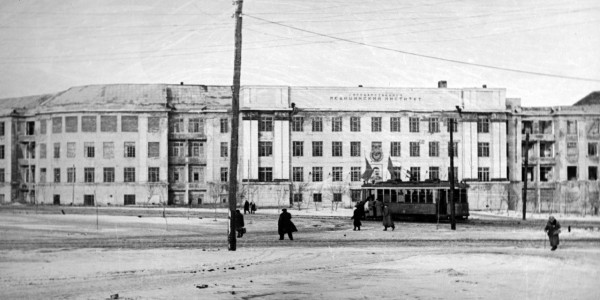 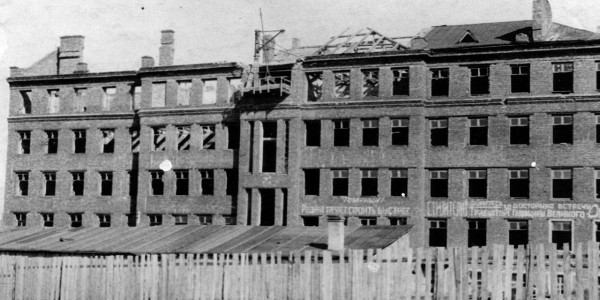 Employees, graduates, students of the university, who were off at the front with deadly force fought for Leningrad, fought side by side with the defenders of Moscow and Stalingrad, liberated Budapest, Warsaw and Prague and came to Berlin with the victory.

Many of them are awarded orders and medals for valour and heroism displayed in battles for the motherland. They are I.G. Kotsyubinskiy, V.A. Leonov, M.I. Medvedeva, A.V. Bulgakov, A.A. Sokolov, S.A. Kuzubov, G.V. Kalashnikov, A.I. Shindyapin C.V. Savlukov and others.

From the ﬁrst days of the war professors and lecturers of the university took active part in organization of military medical and preventive treatment institutions. Professors M.G. Ruditsky, H.N. Levitan, I.A. Chernogorov, N.S. Smirnov, associate professor Ya.M. Bune and others engaged in advisory activity in evacuation hospitals, trained doctors of hospitals of military surgery and therapy. Professor A.V. Rudchenko and head of the department of military medical training G.V. Tupikov conducted big job with physicians and paramedical staff of the city in preparing them to work in military laboratories. 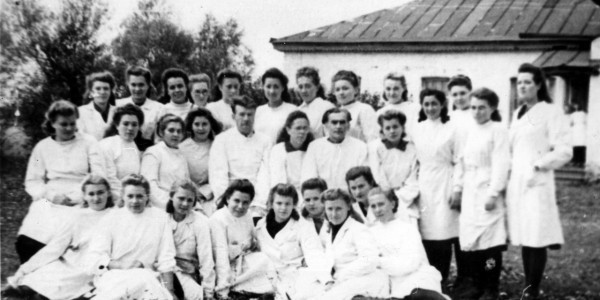 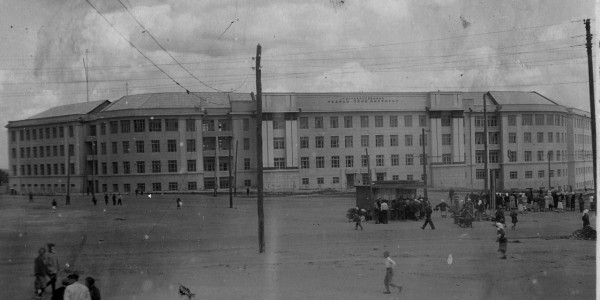 On the 8th of October, 1941 in the heat of the ﬁghts at the approaches to Kursk more than 300 employees and students, part of equipment, workbooks and other things were evacuated to Alma-Ata. During this evacuation from December 1941 to January 1944 students, lecturers and professors formed a part of Kazakh Medical Institute.

At the beginning of 1943 Soviet troops defeated a German group in Kursk district and on the 8th of February liberate the city.

On the 12th of January, 1944 there was issued an order of the All-Union Committee for Higher Education of the USSR, which read:

1) to restore Kursk medical institute from the 1st of January, 1944;

2) to organize classes in all courses from the beginning of 1944-45 academic year;

3) to approve the plan of admission for the ﬁrst year of 200 people; to nominate A.V. Rudchenko as temporarily assuming the responsibilities of the director of the institute. 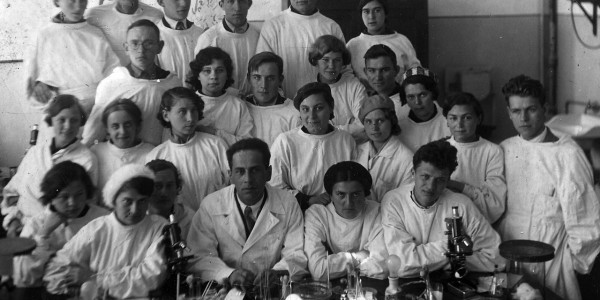 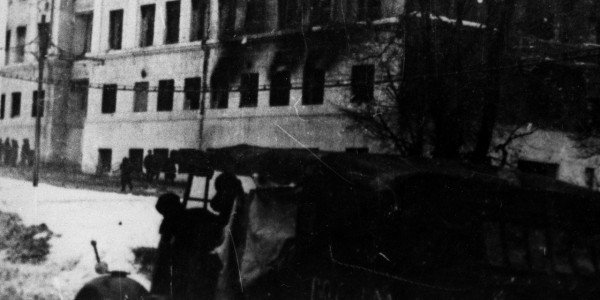 Here began an active work in reconstruction of the institute.

On the 5th of July, 1944 the employees of the institute and the property were delivered to Kursk from Alma-Ata.

On the 1st of September, 1944 650 students began studies from the ﬁrst and the next four years. Many of them were former vets, soldiers of guerrilla bands, armies of citizens, awarded orders and medals.

The ﬁrst graduation ceremony after the institute’s reconstruction was held in 1945.

In 1954 the institute was qualiﬁed for training of academic staff through postgraduate training program for the ﬁrst time. First postgraduates were his graduates –participants of the Great Patriotic War N.F. Krutko G.M. Tkachenko.

By 1955 there was completely restored the academic building, were built two student hostels, a building for the department of physical education, equipped a sport hall, dining room and the library was expanded and enriched.

The institute grew and developed, having overcome difﬁculties of the war time successfully: the material and technological base strengthened, research and clinical basis were expanded and academic activity constantly improved.

In 1985 Kursk state medical institute was awarded an order of the Red Banner of Labour for merits in training of physicians and pharmaceutists and contribution to the development of public health service and medical science.

Directors and Rectors of KSMU 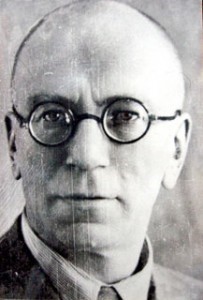 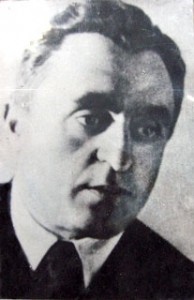 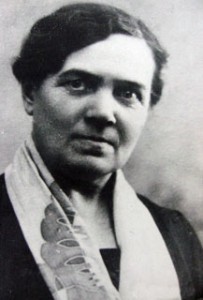 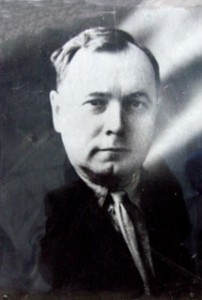 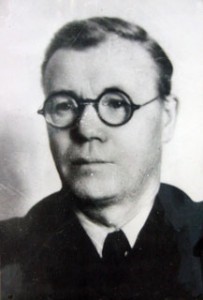 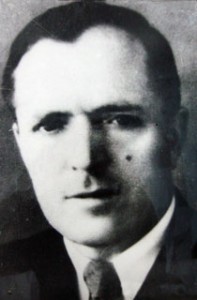 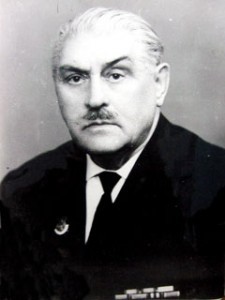 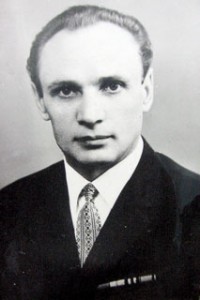 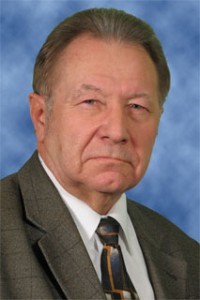 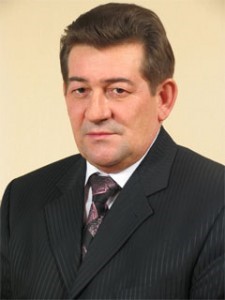 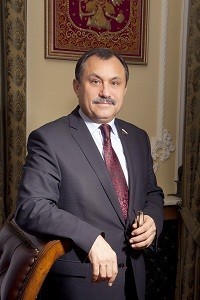