WE REMEMBER: STUDENTS OF KSMU LIT DOZENS OF CANDLES IN MEMORY OF THE FEAT OF THEIR ANCESTORS 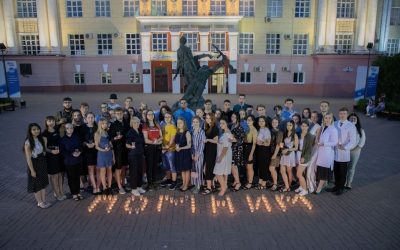 Eighty years ago, on June 22, 1941, the Soviet Union was shocked by terrible news: the German-Fascists invaded the territory of the country, a war began. Young boys and girls-the same age as the current students of KSMU-went to the front as soldiers, nurses, doctors, sacrificing themselves and defending their Homeland.

The Vice-Rector for Educational Work, Social Development and Public Relations, Alesya Kuznetsova, addressed the students with the words: “80 years ago, on this morning of June 22, the most brutal and bloody war in the history of mankind. Further and further away from us are the events of that tragic year of 1941, but our memory should not allow us to forget what the Soviet people had to go through in those blood-filled years of 1941-1945.”

Associate Professor of the Department of Philosophy, Zhanna Simonova, told the students about the contribution of the Kursk Medical Institute to the Great Victory: “In 1941, the first graduation of doctors of our institute was held, young specialists immediately after graduation went to the front to save lives. Unfortunately, not many of them managed to return.”

The participants of the studio “Door to Summer ” read poems about the trials of a medical worker during the Great Patriotic War.

All those present paid tribute to the memory of the fallen with a minute of silence, and then lit candles as part of the action “We remember!” at the monument to medical workers who died in the Great Patriotic War of 1941-1945, on the square in front of the main building of KSMU.

The bright memory of the victories in the past gives rise to courage for the great achievements of future doctors-students of the Kursk State Medical University. 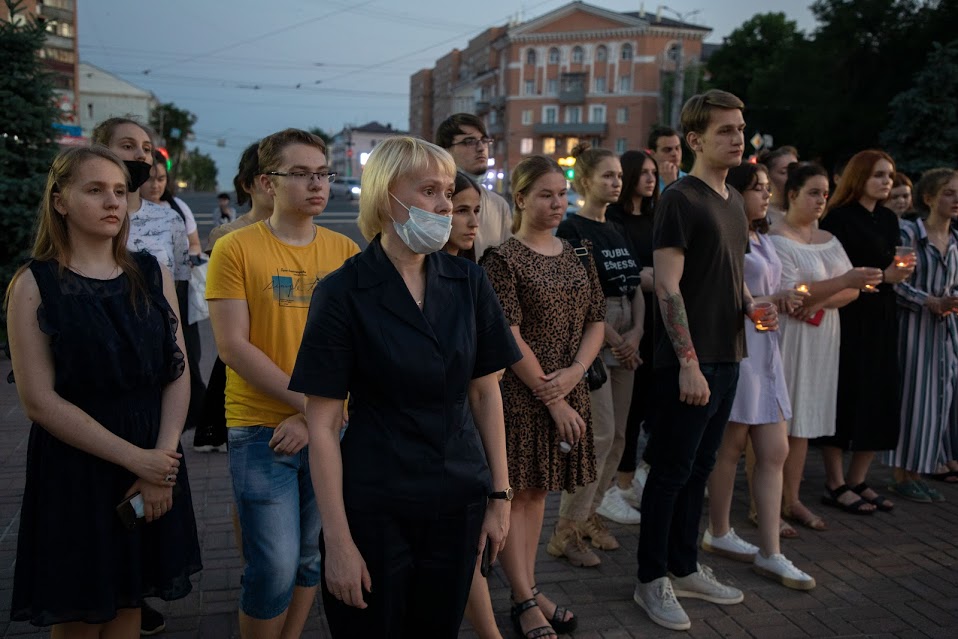