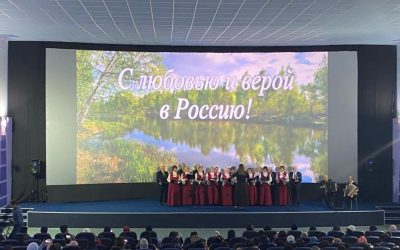 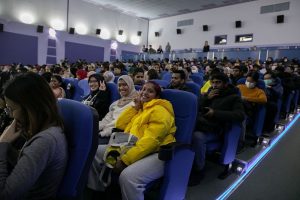 On November 22, 2022, in the Yunost cinema, as part of the socio-cultural adaptation of foreign students of Kursk State Medical University, an educational event “With Love and Faith in Russia” was held. The event was attended by the staff of IMI and more than 300 foreign students of KSMU.

At the event, the folk choir of amateur artistic creativity “Veterans of Kursk” performed heartfelt Russian songs. After that, the movie “Peter I: The Last Tsar and the First Emperor” was presented to foreign students. For most foreigners, this film was a discovery, the history of Russia appeared to them in a new light. Senior students were very interested in the history of the Russian Empire. The greatness of our country has become clearer to many of them. 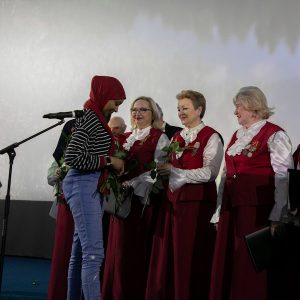