VIRTUAL TOUR TO THE MUSEUM OF KSMU 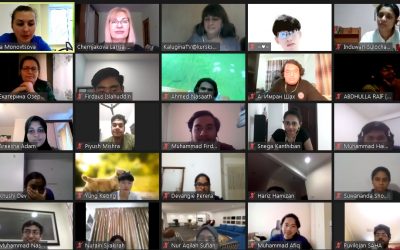 According to a good tradition, the International Medical Institute conducts virtual excursions for new students in order to develop socio-cultural competence, foster a tolerant attitude towards the history and culture of Russia. Thus, on February 19 a virtual tour in 3D format to the university museum took place on the occasion of the date of KSMU foundation. It aroused great interest, and 91 students participated in it. Feedback from the participants of the excursion shows the impression it left.

«In the virtual trip we were able to see the development of Kursk state medical university from 1935 to 2000’s. There were pictures of worthy students and teachers, and maybe someday there will be my picture. The museum  made me proud to be a student of KSMU». (Snega Kanthiban)

«I feel very proud to know that KSMU graduates had brave and courageous people who stood in the front line during World War 2. It motivates me to study hard in pursuing medicine. Most importantly the excursion feels alive and not boring». (Muhammad Iqbal Bin Rafid)

«The tour was very interesting. There, I learnt a little from the history of my university.  Like, what happened with the university during the WW2.  Besides, the building is very beautiful.  This is the first time I see this besides using Google map». (Muhammad Afiq Bin Zamlee)

“Yesterday, after the presentation about the KSMU Museum, I learned that many university graduates participated in the Second World War and performed their medical duties. It was interesting to see the military medical equipment of those years. It was also exciting to know that the wife of W. Churchill came to Kursk and donated surgical instruments to the university”. (Thoo Jie Hui)

“I really liked the KSMU Museum, because it reminds us of the University history. It was interesting to know how the international faculty moved from idea to reality. I am very glad that Kursk State Medical University has taken such an initiative to attract foreign students to study medicine and participate in informational and important events”. (Muhammad Haiqal Bin Raziman)

“I liked this virtual tour, because it was simple and easy. I could see the structure of KSMU, as if I were walking along the corridor, and not just seeing a picture. It was a very good excursion”. (Muhammad Nasywan Bin Ibrisam)

“The yesterday excursion was very interesting! Despite the fact that it was conducted virtually, it was very realistic! I felt like I was going to a museum. Most of all I liked when we were shown photographs of students and teachers. I hope my photo will be there in the future too! I can’t wait to come and see it with my own eyes”. (Atasya Binti Irwan)

“The museum also showed people who played an important role in the development of the university: teachers, students and directors. My favorite part of the tour was about the medical bag used by doctors during the war. The museum is very interesting. I want to go and find out more information about other events in Russia and our university”. (Dany Imran Bin Mohd Yunos)

“It was interesting to know that students from different countries study at KSMU. The first foreign students came from India and Syria. I also want to come to KSMU as soon as possible and see the university with my own eyes”. (Firdaus Islahuddin Bin Mohd Aderi)

“I think that the online excursion to the KSMU Museum was very interesting. This is the first time I have experienced such feelings. I was amazed to learn how some of the university students fought in the war. It was nice to see many achievements of the university”. (Amir Bin Mohd Rashid) 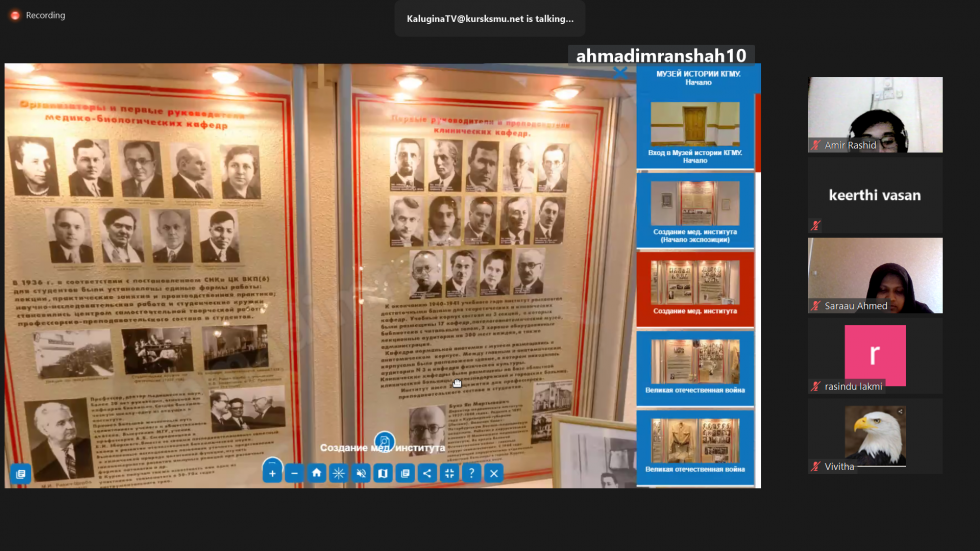