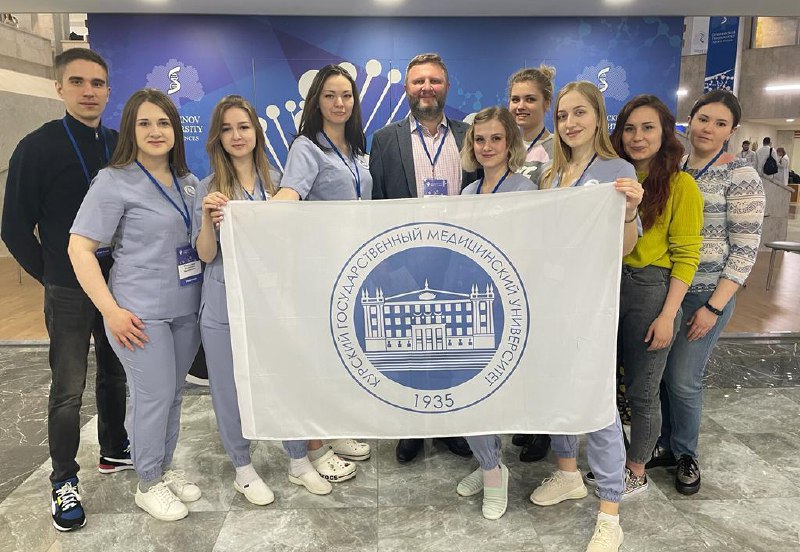 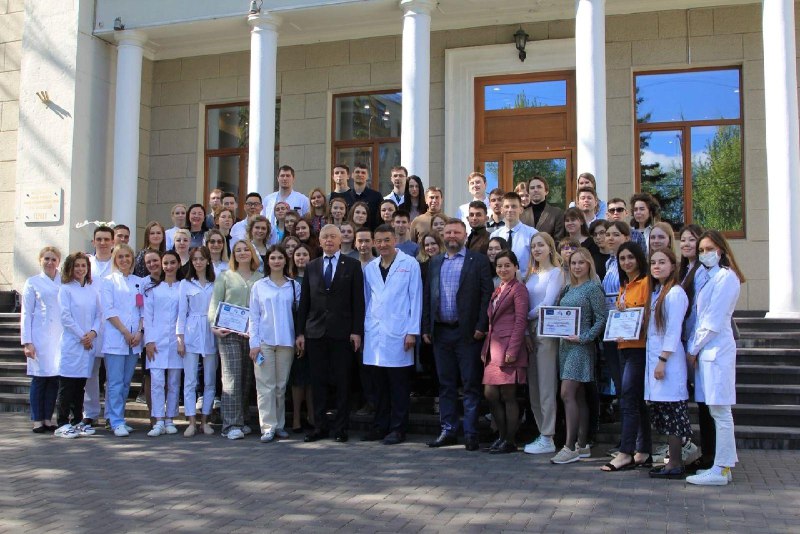 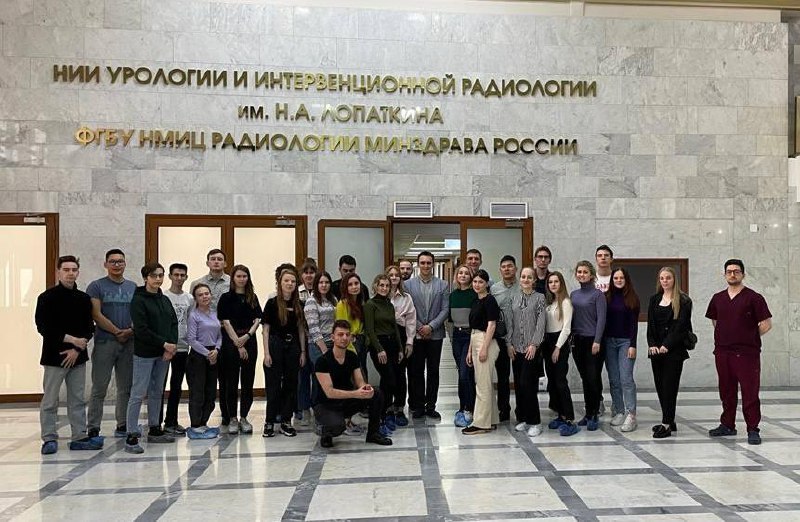 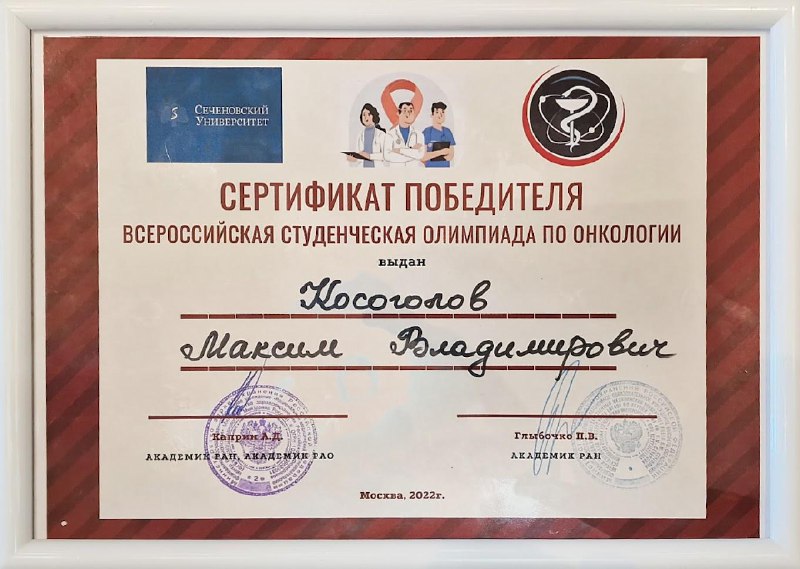 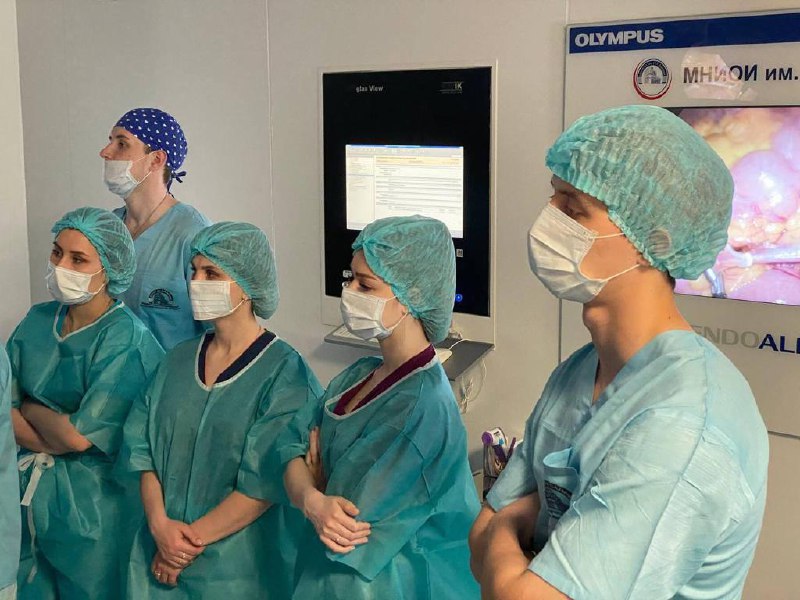 On May 17-20, 2022, the final of the First All-Russian Student Olympiad in Oncology took place in Moscow at the premises of the NMIC of Radiology. This large-scale event was planned and held with the support of the Ministry of Health of the Russian Federation, the Association “Council of Rectors of Medical and Pharmaceutical Universities of Russia”, the Association of Oncologists of Russia, the FSBI “NMIC Radiologists”, the I.M. Sechenov First State Medical University.
This significant event in Russian oncology included 4 stages. Initially, it was attended by more than 6,000 students of medical universities throughout Russia. Kursk State Medical University was appointed as a supporting university-co-organizer, teachers of the Department of Oncology took an active part in the formation of the program and evaluation tools of the Olympiad. More than 3,000 students from all over Russia, 52 of them from KSMU, were selected for the first round of the Olympiad, which takes place in the form of onlain testing. 159 students made it to the semifinals, 13 of them from KSMU. It is noteworthy that in the personal standings of the first round, the 1st, 3rd, 7th, 10th places were taken by KSMU students. On April 15, at the site of the simulation and accreditation center of KSMU, a semi-final for universities of the Central Federal District took place in the form of a test of practical skills at the OCE stations, brilliantly organized and conducted by the staff of our simulation and accreditation center and the Department of Oncology. As a result, 50 participants from Russia reached the final, 10 of them were students of KSMU (20% of the finalists).
The 6th year students of the medical faculty represented KSMU in the final face-to-face: Kozyuta Elena Sergeevna -2 group, Kopteva Lyubov Andreevna -3 group, Morozova Kristina Viktorovna – 3 group, Ivanykina Valentina Mikhailovna – 6 group, Kolesnikova Elena Nikolaevna – 6 group, Kosogolov Maxim Vladimirovich – 7 group, Surovtseva Anna Viktorovna, Dyachkova Victoria Igorevna, Semenova Kristina Alexandrovna – group 27.
In the final, the students were welcomed by Academician of the Russian Academy of Sciences Professor A.D. Kaprin, General Director of the NMIC of Radiology, Chief Oncologist of the Ministry of Health of the Russian Federation and Academician of the Russian Academy of Sciences Professor I.V. Reshetov, Director of the Levshin Institute of Cluster Oncology and Head of the Department of Oncology and Reconstructive Plastic Surgery of the I.M. Sechenov First State Medical University.
The Olympiad was held in 2 stages – practical and theoretical. All participants of the final will receive additional preferences for admission to residency, and the winner from Kursk was M.V. Kosogolov, who will undergo a free internship at the Hadassah Medical Moscow Medical Center in Skolkovo!