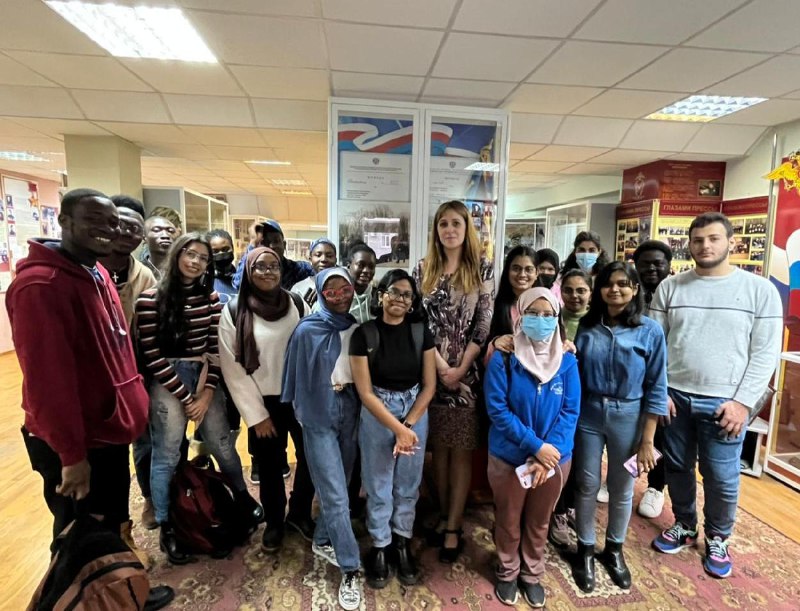 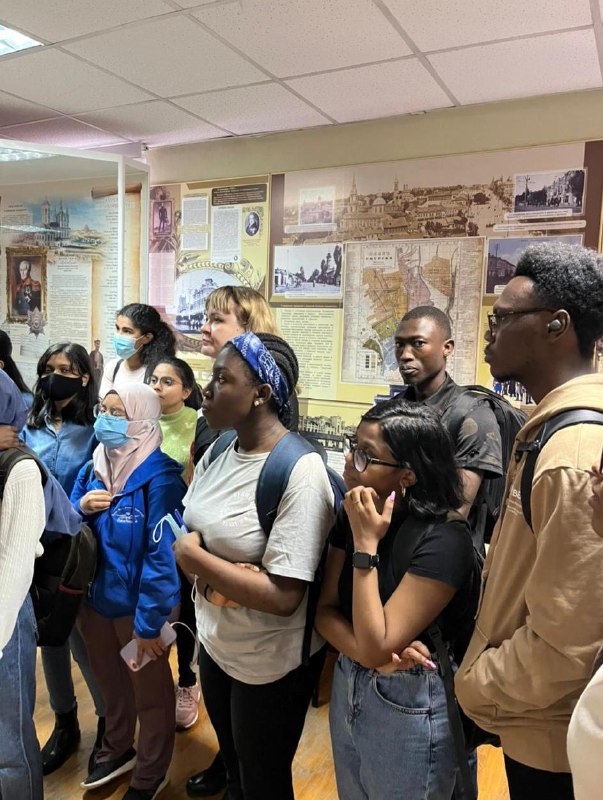 On 18.04.2022, 1st year students of the KSMU IMI from Nigeria, Brazil, Maldives, Ghana, Thailand, Cameroon, India, Malaysia, Lebanon and Ecuador visited the Museum of the History of the Kursk Police of the Cultural Center of the Ministry of Internal Affairs of the Russian Federation in the Kursk region.
The museum staff told foreign students about the Kursk police from the beginning of its structure formation up  to the present days.
A very impressive was the story about the heroes of the Kursk police. Andrey Khmelevskoy, who saved his comrades at the cost of his life, was awarded the title of Hero of Russia posthumously. Also, foreign students of MMI learned about the feat of other police Heroes who lived in Kursk.
The guide opened the veil of secrets of the police service – the arsenal of a modern policeman was presented: samples of police uniforms, bulletproof vests and helmets, pistols and submachine guns were demonstrated.
A forensic expert suggested leaving his mark on the history and the fingerprint file, who told about the features of the fingerprint database, where it is stored and in which cases it helps in the work of a police officer.
The excursion to the museum of the Kursk Police beared educational nature. Its purposes are the formation of a legal culture, the prevention of offenses and respect for the law, as well as the development of qualities such as endurance, dedication, honor, loyalty to duty, which are very important for medical students who receive the profession of a doctor.