THE KSMU DISCUSSED THE IMPLEMENTATION OF A THREE-LEVEL HEALTHCARE SYSTEM. 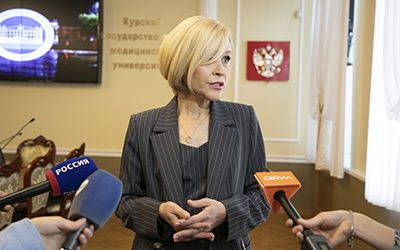 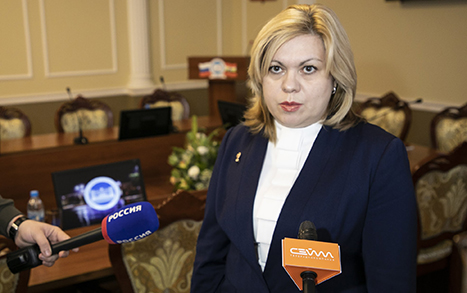 On November 26, KSMU employees met with media representatives at Kursk State Medical University to discuss the implementation of this reform. The strategy is not new: the division of healthcare into levels was mentioned in the state program for the development of healthcare dated December 20, 2012, – said E.V. Pishinnaya, Acting Chairman of the Health Committee of the Regional Administration, who headed the event. The purpose of the reform is not to break the existing healthcare system, but to strengthen it, make it more focused, focused on each patient. The goal of the project of introducing three-level medicine is to reduce mortality, prolong the period of active longevity of citizens. Now the patient will not be hospitalized to the nearest available medical bed. The help will be specialized and appropriate to the severity of the disease. It is important that medicine is accessible to residents of the most remote and sparsely populated areas. The roadmap and routing are being actively developed. telemedicine is developing – specialists from top-level medical institutions will provide advisory assistance to their colleagues in district hospitals. The issues of the most relevant and in–demand areas of healthcare – oncology, obstetric and gynecological practice, surgery – were discussed.

– In practice, a three-level model of healthcare in obstetrics and gynecology has been functioning in the Kursk region since 2011 – since the Regional Perinatal Center began operating – said Professor O.Y.Ivanova, Head of the Department of Obstetrics and Gynecology of KSMU.

– Women in labor with the most severe complications of pregnancy receive qualified help here. In total, in 2020, 4758 births were accepted at the institution of the 3rd level, 3154 births at the 2nd level (BSMP, medical institutions of Zheleznogorsk, Kurchatov, Lgov, Sudzhi, Shchigrov …); 458 births at the 1st level. Since 2018, more than 700 FAPs, 10 urgent delivery rooms, 10 nursing beds have been opened. The provision of medical care in the profile “obstetrics and gynecology” to patients with the new coronavirus infection COVID-19 from March 2020 to the present is carried out in the quarantine hospital of the City Hospital No. 6. Kursk.

The primary level of medicine is the district polyclinics. Now this link is entrusted with the most important task – the identification of dangerous diseases in the early stages. – Successful treatment of oncological diseases depends on it, – V.V. Khvostovoy, head of the Department of Oncology of KSMU is sure. – There are less than ten thousand oncologists in Russia. Therefore, district therapists, surgeons, gynecologists are trained and apply the tactics of early cancer alertness. The second link is the sites where outpatient care is provided, in particular, chemotherapy. Now such institutions are available in Zheleznogorsk, Gorshechny. But that’s not enough. It is the second link that is currently not working at full capacity. In 2023, it is planned to build medical institutions in Rylsk and in Kursk – on the basis of a cancer center.

– The practice of visits of medical teams from third-level medical institutions to district hospitals will expand. The interaction of highly qualified specialists with doctors from the province has already shown its high efficiency. Also, residents of rural areas can receive medical care from KSMU teachers, because professors are practicing doctors. The Medical University has always provided real assistance to the practical healthcare of the region, – noted E.V.Pishinnaya.