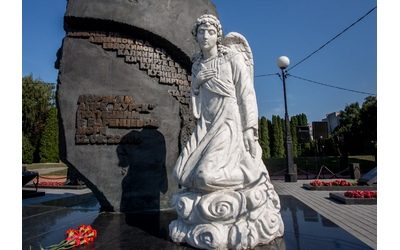 “Olga! I love you, don’t worry too much.

It’s dark to write here, but I’ll try to the touch.

someone will read this. <…>

Say hello to everyone, there is no need to despair.

It is impossible to forget. August 12 is a tragic date in the history of our country. On this day 21 years ago the submarine “Kursk” sank. All 118 crew members died. The sinking of the “Kursk” submarine became one of the largest disasters in the post-war fleet history. Even two decades later, the memory of the fallen submariners – most of them true “old tars” and military professionals – is revered throughout Russia, from distant rural schools to the main military academies in the heart of the country. Every year, mourning events and memorial services are held throughout the country in memory of the victims of the tragedy.

In Kursk, near the memorial where 12 members of the submarine crew are buried, the memory of the sailors was honored by their relatives and friends, the governor of the region Roman Starovoit, the rector of KSMU V.A. Lazarenko, government officials and residents of the Kursk region. Viktor Anatolyevich laid flowers at the monument to the crew of the “Kursk” nuclear underwater missile cruiser.

The Kursk region cherishes the memory of the heroes-sailors who did not return from the campaign in August 2000. Memorial plaques were installed on the houses where the crew members lived, on the buildings of educational institutions where they studied. The branch of the automotive college has a memorial museum of submariners. At school No. 18 in Kursk, cadet naval classes have been created. Together with veterans of the Navy, the cadets are working to perpetuate the memory of the “Kursk” NUMC crew. 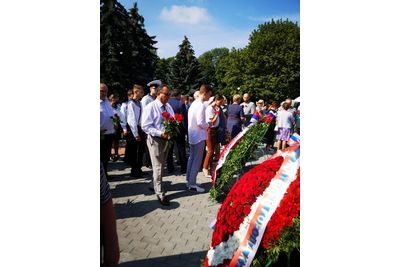