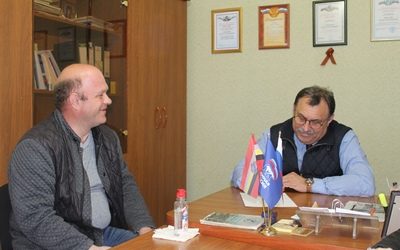 On April 20, rector of KSMU, professor, deputy of the Kursk regional Duma Viktor Anatolyevich Lazarenko held a meeting with the citizens in the administration of the Soviet district.

At first, he traditionally spoke about the legislative work in the Kursk Regional Duma and then considered the requests of the residents of Kshensky village, presented at the meeting.

People asked questions related to medical services for the population, assistance in purchasing stage costumes for the children’s dance group.

Due to the approaching end of the academic year and the upcoming admission to universities, residents of the village were interested in the conditions for obtaining the government-sponsored education and the rules for admission to Kursk State Medical University. Viktor Anatolyevich spoke in detail about the training of medical personnel and wished the graduates of 2021 high scores when passing the Unified State Exam.

Viktor Anatolyevich came to the Kshensky land with a gift – he brought 21 apple tree seedlings.

As part of the “Green Spring” campaign initiated by the “United Russia” party, an apple orchard was laid on the site of the vacant lot.

Carefully planting young trees, Viktor Anatolyevich expressed confidence that very soon the children who study at the Youth Centre, located nearby, will be able to taste the fruits rich in vitamins. 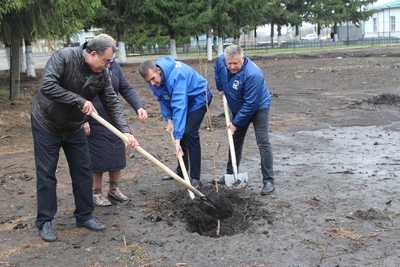