PHOTO EXHIBITION ABOUT DOCTORS DURING THE WAR 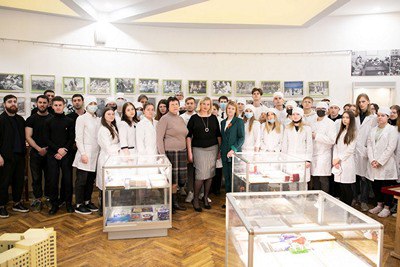 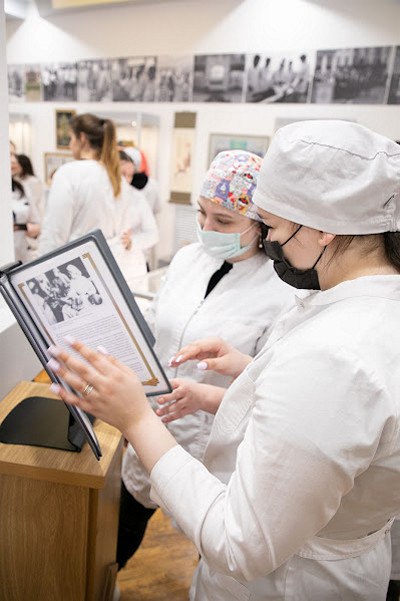 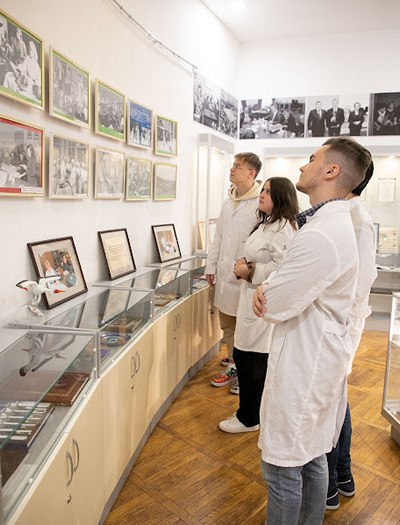 “Those who say that it’s not scary in the war, know nothing about the war …” – these lines of the famous Soviet poetess, and during the Great Patriotic War, the sanitary instructor Yulia Drunina, show the other side of Victory. Of course, it’s scary, especially for those who are on the front line, and if you are not holding a rifle, but a medical bag with bandages and iodine in it.
“Medical workers during the Great Patriotic War of 1941-1945” – a photo exhibition with this name was opened in KSMU on the eve of Victory Day. Black-and-white photographs depicts the dedication in the fight to save lives. White coats during the war are a symbol of mercy. This is the leitmotif of the exhibition.
According to the official data, our country lost 26 million people in the Great Patriotic War. 22 million were injured of varying severity. Of these, 17 million, thanks to military doctors, were able to return to service again.
They cured, operated, relieved suffering, but at the same time they were vulnerable themselves. During the Great Responsible War, about 85 thousand medics died or went missing, including 5 thousand doctors and 9 thousand nursing staff, almost 71 thousand sanitary instructors and orderlies. This list also includes the names of graduates of the Kursk Medical Institute. Killed: Boris Alexandrovich Kosulin, Vasily Ivanovich Kazakov, Elena Ignatievna Smirnova, Anatoly Ivanovich Sosin. Missing: Nina Vasilyevna Chertova, Khaya Gershkovna Titievskaya, Vasily Egorovich Elizarov, Mikhail Fedorovich Golikov. These lists are currently being refined. During the war, 116 thousand medical workers were awarded orders and medals, 47 of them became Heroes of the Soviet Union.
On each of the three dozen photos – the fates, burned by the war. A young nurse from Kiev, Olga Maslyuchenko, has gone missing. Or the doctors of beleaguered Leningrad, who shared meager crumbs of rations with exhausted patients…
The visitors of the exhibition are the students of various faculties of KSMU, including students of the International Medical Institute. The fifth–year student of the Faculty of DentistryTuran Mirzoev , a citizen of Azerbaijan , believes that the memory of the war should unite the nations who once fought fascism shoulder to shoulder.
– Patriotism should become the main component of youth education, – the vice-rector of KSMU for educational work, social development and public relations Alesya Kuznetsova is sure. – Our task is to convey to the youth the truth about the Great Patriotic War, which was a tragedy and at the same time a great triumph of our people. We will not allow history to be rewritten, to denigrate the feat of the winners of fascism! Students of a medical university, regardless of nationality, should know that they have chosen not just the most humane, but also a heroic profession, and must bear the title of doctor with honor!