On June 12, the Russian Federation celebrates a public holiday – Day of Russia.

For foreign students studying at the IMI KSMU, our country has already become a second homeland, so the teachers of the institute prepared an exciting event for them – an online quest “Welcome to Russia!”, where groups were given the opportunity to tell about themselves and test their knowledge of Russian language, ideas about our culture, customs, traditions.

The game included movement along the route on which the stations were located, each of which contained tasks of a different nature: both creative and logical, but the emphasis, of course, was placed on the history and culture of Russia. Students solved crosswords, guessed Russian songs, told about famous people, symbols of Russia, the university where they study, historical places, traditional Russian dishes and musical instruments. As a result of the quest, all teams received diplomas. 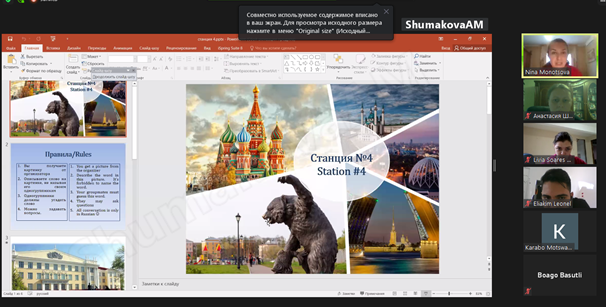