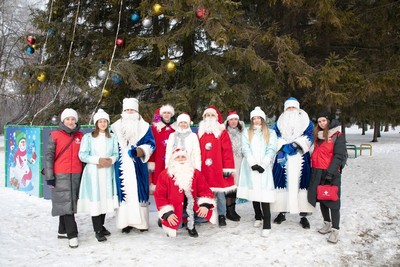 On December 28 in the park named after the 50th anniversary of the Komsomol (Boeva Dacha) a costume race took place within the framework of the project “Let’s run to a healthy New Year”, which takes place throughout Russia from December 27 to 31, 2021. The main purpose of such a sports marathon is to promote a healthy lifestyle among the residents of our country.

The organizers of the KSMU race were students of the volunteer detachment “Sport medical care” and Students’ Sport Club of  KSMU “Alternative”.

The event combined sports and humor. The participants had not just to overcome the distance of 2022 meters, but according to the conditions of the race, they had to dress up in colorful New Year’s costumes. The Snow Maidens and Fathers Frost came to the start, as well as other heroes of  New Year’s fairy tales.