KURSK STATE MEDICAL UNIVERSITY IN THE FIGHT AGAINST TERRORISM 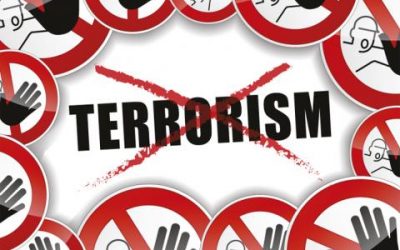 The September terrorist attack had a number of important social consequences. Security measures have been strengthened in crowded places, especially in educational institutions. Unfortunately, today, 17 years after those tragic events, terrorism remains a serious security threat. Countermeasures continue to be widely applied.

KSMU pays special attention to this issue, since more than 2,000 foreign students study there annually, including those who arrived from countries where hostilities continue today. Law enforcement officers of the Kursk region regularly meet with foreign students, conduct explanatory work. At the university, students meet with representatives of the clergy of various faiths, where they explain the need to live in peace, show patience and respect for each other. During the pandemic, communication moved to an online format.

Educational and cultural events are also popular: days of national culture, seminars, conferences, “round tables”, the purpose of which is to instill in young people traditional Russian spiritual and moral values, to develop aversion to terrorism ideology. Therefore, this year, the Student Council on interethnic and interfaith issues was held in April.

Sports competitions of the national teams of KSMU in skiing, athletics, football, volleyball and other sports, organized by the Department of Physical Culture, are often held under the slogan “Sports Against Terrorism”. Such sports events form student habit to lead a healthy lifestyle, take their physical form seriously.

In addition, Kursk State Medical University has developed a diagnostic program for timely identification of students in educational institutions who are susceptible to the ideology of terrorism and extremism. The program is included in the work plan of the psychological center of the university.

The Department of Public Health and Healthcare is working on materials on terrorism prevention.

A section “KSMU in the Fight Against Terrorism and Extremism” has been created on the KSMU website. It contains information on the prevention of extremism in the youth environment, as well as useful legal information

In June, the Anatomical Museum of KSMU hosted regular Interregional Competition for the provision of emergency pre-psychological assistance “Stress Factor”, organized by the Department of Health Psychology and Neuropsychology. The main goal of the competition is to promote a culture of safe behavior in extreme conditions and crisis situations of life, as well as to improve knowledge and skills in the field of providing pre-psychological care in accidents, stressful life circumstances, injuries and other conditions that threaten the life and health of people.

Participants were tested for knowledge of indicators of emotional states, algorithms of behavior in extreme situations and characteristics of interaction with victims.

KSMU will continue to implement the plan of measures to combat terrorism and extremism. Special attention will be paid to interactive formats, sports events that form useful skills and habits among young people.

A.I. Saltanov, Assistant to the Rector for Security