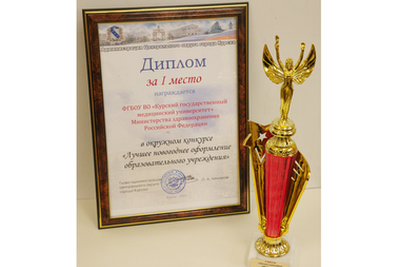 The head of the Administration of Central district of Kursk O.A. Lemtyugov awarded the winners. KSMU was granted the diploma and the winner cup. This is not the first time Kursk State Medical University has participated in the above-stated competition. According to the results of the previous year KSMU was honored a grand prix of the district contest “Best New Year Educational Establishment Decorations in Central District of Kursk – 2019-2020”.