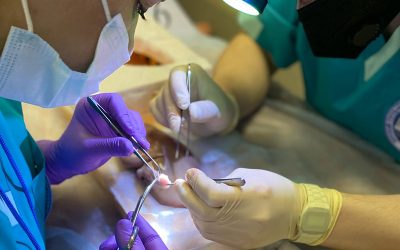 10 teams from different cities of the Central Federal District had the opportunity to demonstrate the level of surgical skills and high theoretical training. The competition program was represented by most areas of surgery: from traditional abdominal interventions to high-tech microvascular and endovideosurgery.

For several decades, the organizers of the Olympiad have been focusing on the early professional orientation of students to the choice of one of the most difficult medical specialties, increasing motivation to master surgical skills and knowledge that allow the future specialist to form modern competencies that are necessary not only to perform diagnostic and therapeutic procedures, but also allowing the surgeon to develop, continuously improve, master new technologies and algorithms.

For the surgical team of KSMU, participation in an event of this scale has long become a tradition. From year to year, a generation of senior students passes on their experience and knowledge to their successors, which allows our team to show high results. Participation in such competitions as “abdominal surgery”, “thoracic surgery”, “vascular surgery”, “endovideosurgery”, “Achilles tendon suture” have already become familiar to the team, but the team does not stop there and masters new principles for performing surgical interventions in such competitions such as “transplantology”, “open sinus lift”, “cranial trepanation”, successfully organizes them and wins.

The regional stage of the Central Federal District takes place in Kursk not for the first time. KSMU was the organizer of such an event in 2012 and 2016. For the competitions, the premises of the Departments of Operative Surgery and Topographic Anatomy named after A.D. Myasnikov, Human Anatomy, Normal Physiology named after A.V. Zavyalov, as well as the sports hall and the Accreditation and Simulation Center were used. All events of the Olympiad were held in compliance with anti-epidemic principles. Each team was accompanied by tutors from the university volunteer group.

Team captains were present at the closing ceremony of the Olympiad, which took place in the 1st lecture hall. The event was broadcast to the Olympiad group on VK. Its results were summed up, wishes and gratitude were expressed to the participants, organizers and sponsors of the Olympiad. Representatives of the Organizing Committee expressed special gratitude to the companies that provided the Olympians with modern microscopes (OOO “Karl Zeiss”), endoscopic equipment (OOO “SUPERMEDSQUAD”), consumables (OOO “Lintex”). Particular words of gratitude were addressed to the Deputy Governors of the Kursk Region Andrey Viktorovich Belostotsky and Sergey Ivanovich Starodubtsev, the agricultural holding OOO “Miratorg-Kursk” for their free assistance in providing the Olympiad with biological material.

The competition between the teams was high, but the intermediate results of the competition days showed the high preparedness of future surgeons from Kursk: KSMU won the first places in almost most categories: “Knitting of Surgical Knots”, “Thoracic Surgery”, “Anesthesiology”, “Endovideosurgery”, “ Osteosynthesis of a Trochanteric Fracture of the Femur”, “Abdominal Surgery”, “Skin Grafting”, “Urological Competition”, “Open Sinus Lifting”, “Microvascular Suture”, “Peripheral Neurosurgery”, “Contest of Captains”.

The closing of the Olympiad was held by the rector of Kursk State Medical University, Honored Doctor of the Russian Federation, Professor Viktor Anatolyevich Lazarenko, who wished the teams that made it to the finals of the All-Russian (Moscow) Olympiad named after Perelman, luck in the upcoming competitions, as well as, diligent preparation and patience to all future participants of the Central Federal District in Ryazan next year.

We congratulate the students and their supervisors on their victory and wish them new achievements! 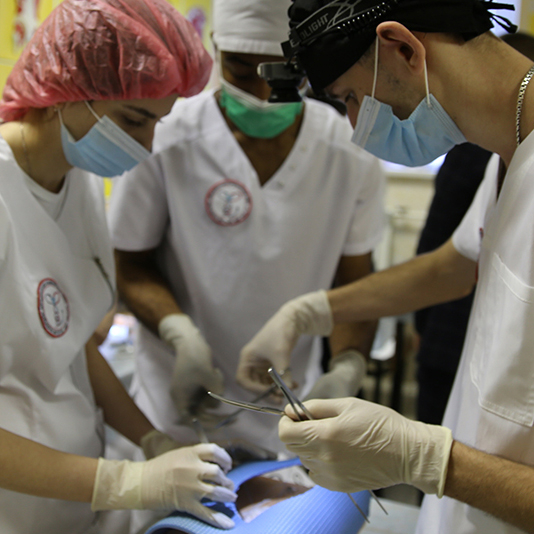 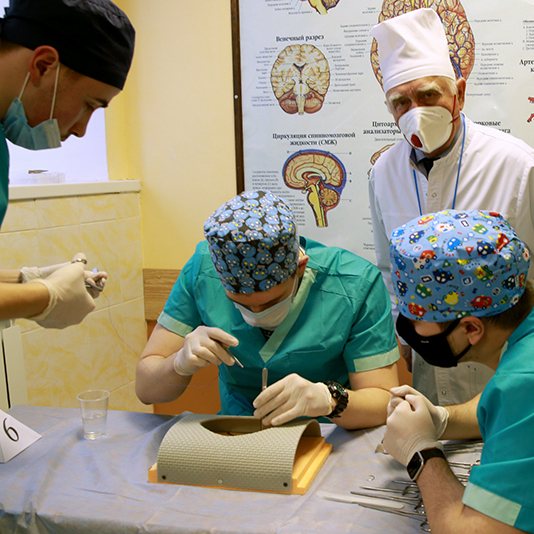