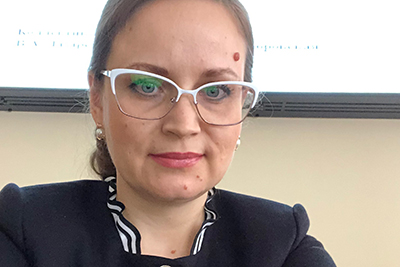 Within the framework of the Congress, on April 5, 2021, a Symposium was held “Vascular Wall and Endothelium as an Important Object for the Prevention of Fatal Cardiovascular Complications. View of an Angiosurgeon and Cardiologist ”. The symposium was chaired by: Doctor of Medical Sciences Professor Vadim Petrovich Mikhin, Head of the Department of Internal Diseases No. 2 of Kursk State Medical University, Member of the Presidium of the Russian Scientific Medical Society of Physicians; Doctor of Medical Sciences Professor Igor Aleksandrovich Suchkov, Vice-Rector for Research and Innovative Development of Ryazan State Medical University named after Academician I.P. Pavlov, Chief Visiting Cardiovascular Surgeon of the Ministry of Health of the Ryazan Region, President of the Association of Phlebologists of Russia.

The aim of the conference was to exchange scientific experience and the most important achievements in the field of diagnostics and correction of the vascular wall and endothelium in cardiovascular diseases.

Kursk State Medical University presented the following reports: “Possibilities of Pharmacotherapy in Correction of Endothelial Dysfunction and Elasticity of Vascular Wall at High Cardiovascular Risk” Department of Internal Diseases No. 2, Doctor of Medical Sciences Professor V.P. Mikhin; “Evaluation of Connection Between Fibrinolytic Activity of Endothelium and Pro-inflammatory Cytokines in Endovascular Correction of Iliac Segment” Doctor of Medical Sciences, Professor of the Department of Surgical Diseases of the Institute of Continuing Education E.A. Bobrovskaya.

I would like to note the high level of works presented by the colleagues. The event was very informative, rich and accompanied by an extremely interesting and lively discussion. The participants noted the significance of the symposium held for the first time in the format of a dialogue between cardiologists, therapists and cardiovascular surgeons. When developing a strategy for treating patients with cardiovascular diseases, the importance of multidisciplinary interaction between a cardiologist and an angiosurgeon was emphasized, contributing to the unification of scientific potential and aimed at one target – the vascular endothelium.

We express our deep gratitude to the organizing committee of the Russian National Congress “Human and Medicine” for the opportunity to take part in it.

Professor of the Department of Surgical Diseases of the Institute of Continuing Education E.A. Bobrovskaya