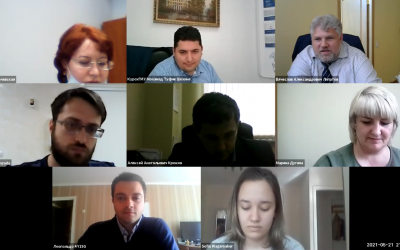 2021 is declared by the President of the Russian Federation as the Year of Science and Technology. Students of the International Medical Institute comprehend science not only from textbooks, but also by conducting fundamental and applied scientific research in various areas of biology and medicine. In order to create an organic connection between scientific research and the educational process, as well as to form creative teams, consisting not only of students, but also residents and university staff, on May 21, 2021, a webinar “Research Activity of Foreign Students” was held in English in the online format. The meeting was moderated by Mohamad Toufic Chahine, Director of the International Medical Institute of KSMU, with the support of the Vice-Rector for Research Work and Innovative Development, Doctor of Medical Sciences, Professor Vyacheslav Aleksandrovich Lipatov.

All interested in science could join the webinar from any place of the world. The Vice-Rector for Research Work and Innovative Development, Doctor of Medical Sciences, Professor Vyacheslav Aleksandrovich Lipatov and Junior Researcher of the Research Institute of Experimental Medicine Naimzada Muhammad David Ziyauddin spoke at the webinar. The event was also attended by the Deputy Director for Educational Activity of the IMI Associate Professor Aleksey Anatolyevich Kryukov, teachers and staff of the International Medical Institute. Students were able to ask all questions regarding the organization of scientific research and the possibility of participating in the research activity of the university. As a result of the meeting, more than 20 students expressed a desire to become members of the scientific community. 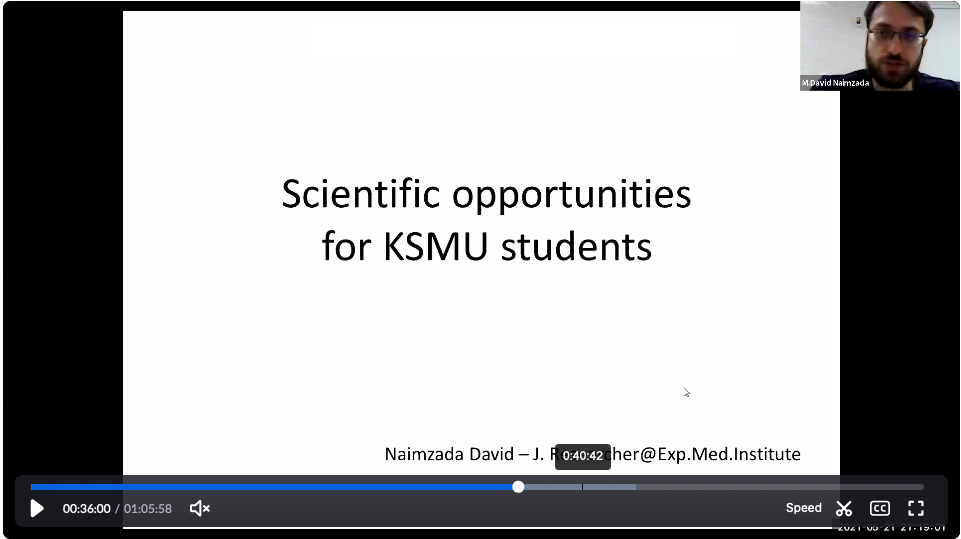