COUNCIL OF RECTORS OF MEDICAL AND PHARMACEUTICAL HIGHER EDUCATIONAL ESTABLISHMENTS

On February 8, 2021, the Day of Russian Science, a meeting of the Council of Rectors of Medical and Pharmaceutical Higher Educational Establishments was held with the participation of the Minister of Health of the Russian Federation Mikhail Murashko.

The meeting of the Council began with honouring the memory of doctors who gave their lives in the fight against the pandemic. The Chairman of the Council, Academician of the Russian Academy of Sciences Peter Glybochko informed about the initiative to create a monument “To Hero Doctors in the Fight against Coronavirus”, which will become a significant symbol of gratitude to selfless hero doctors, perpetuating their memory, a symbol of courage and true patriotism. The main idea of the sculpture is to convey in a vivid figurative form the heroic confrontation between good and evil.

Deputy Minister of Health of the Russian Federation Tatyana Semenova informed the participants of the meeting that Kursk State Medical University became the first platform among medical and pharmaceutical higher educational institutions, in the territory of which the first memorial sign was opened in honor of the feat of medical workers in the fight against COVID-19.

The opening of the monument “To Hero Doctors in the Fight Against Coronavirus” is scheduled in Moscow on the Day of Medical Worker in the current academic year.

Then, Mikhail Murashko noted that today the demand for scientific research in the healthcare system is very high. The period of the pandemic has shown that it is the development of the health care system and medical science that directly affects everyone. Due to the mobilization of the Russian healthcare system resources, medications for the treatment of COVID-19 were developed and launched into the market within the shortest possible period of time, large-scale production was implemented, as well as – the most significant achievement in the fight against the pandemic – the development of a preventive drug, a vaccine against the new coronavirus infection. It is the high basic scientific level, potential, technological groundwork that made it possible to respond quickly and efficiently to the needs of practical healthcare.

The Minister also noted in his speech the great contribution of universities to the fight against the new coronavirus pandemic.

“During the pandemic period, medical students and teachers of medical universities provided great assistance to practical health care. I express my deep gratitude to everyone – the heads of higher educational establishments, academic teaching staff and, of course, students. Without this help, it would have been much more difficult for us to go through this difficult period,” Mikhail Murashko said.

Addressing the rectors of universities, the Minister of Health touched upon the topic of primary care modernization, designating it as one of the priority areas of work, and entrusted to prepare proposals for improving functional and organizational approaches.

More than one hundred thousand doctors and twice as many nurses are involved in providing care to patients with coronavirus pneumonia in Russia. It is doctors who are at high risk – fighting COVID-19, they put themselves in danger in the first place. The hospital corridors became the front line of an undeclared war, and there were losses. Many of them, trying to save someone else’s life, lost theirs. 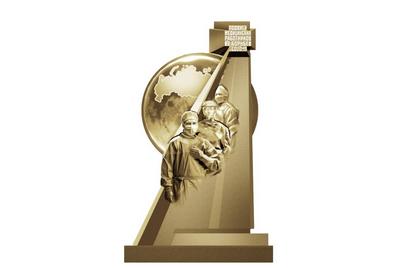