BEAUTIFUL EYES FOR EVERYONE! 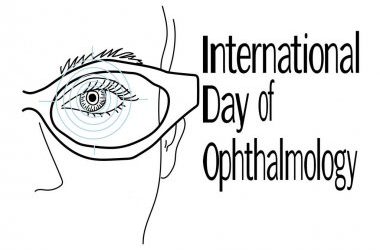 Since 2004, International Day of Ophthalmology has been celebrated annually on August 8. An outstanding ophthalmologist, eye microsurgeon, professor, academician of the Russian Academy of Natural Sciences Svyatoslav Nikolaevich Fedorov was born on this day. He is the author of many inventions in ophthalmology, which are successfully used all over the world: implantation of an artificial lens, methods of treating myopia, glaucoma, astigmatism.

According to the World Health Organization, about 2.2 billion people in the world suffer from near or far vision impairment. At least 1 billion of them, that is, almost half, had visual impairment that could be prevented or may still be corrected. This suggests that a timely visit to a doctor is the key to effective treatment.

Directions of scientific activity of the department in different years: eye traumatism; syphilitic lesions of visual organ; trachoma, glaucoma and a number of other eye diseases; methods for diagnosing pathological processes in the eye; study of eye hemodynamics. The methods of long-term catheterization of the retrobulbar space and electropharmacostimulation of the optic nerve, developed at the department, were widely recognized by domestic and foreign ophthalmologists, which made it possible to obtain favorable results in the treatment of severe and unpromising diseases of the visual organ. This is confirmed by the gold medal received at the Eureka’96 World Exhibition in Brussels (Belgium) for the proposed method of treating optic nerve atrophy.

One of the latest scientific achievements is a new method of treating meibomyitis by probing the patient own eyelash. It was developed by the head of the Department of Ophthalmology, Professor Valery Ivanovich Baranov and the doctor of the Oboyan Central Regional Hospital Sukhomlinov Alexander Evgenievich. Usually this disease involves surgery. The new method involves probing – painless creation of an outflow for the clogged gland, without a probe, using the patient’s own eyelash. If the scientific community recognizes the technique, it will be used in treatment.

At the department, much attention has always been paid not only to improving the educational process efficiency, but also to joint work with healthcare authorities. On the clinical basis of the department, regional microsurgical and glaucoma centers are organized, a contact correction laboratory is working.

Colleagues, congratulations on the International professional holiday! Good luck in your work, new discoveries and achievements!