APRIL 5- THE DAY OF NEONATOLOGIST 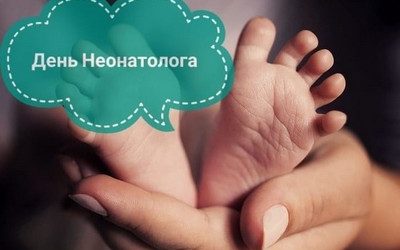 Neonatology is one of the youngest sciences which appeared as the combination of obstetrics and pediatrics. At the end of   XIX century it became possible to reduce significantly the neonatal mortality due to development of newborn care principles used by obstetricians. The main events in the development of neonatology happened in 1922 when a new textbook about treatment methods of children was published; in 1952 when Virginia Apgar, resuscitationist, invented Apgar scale as the source of new born state estimate; in 1962 when artificial lung ventilation was invented and applied in pediatric practice, neonatology began its active developing and a new separation of sciences «Pediatrics» and «Neontology» took place.
Firstly “Neontology” as the medical specialty appeared iin Russia in 1987 and many honored scientists such as G.N. Speranskii, N.P. Shabalov, V.V. Gavrushev. N.N Volodin and others worked at perinatal child protection. Russian Association of Scientists  of Perinatal Medicine (RASPM) is valid since 1994 in order to improve the work of neontologists and to enhance the quality of medical cure in Russia.

Neontologist is the first doctor in the life of a new born person.  In first minutes of his life neontologist estimates the baby’s state  and if needed gives the first aid, treatment, health supervision and  rehabilitation. Special care for premature babies is one of the most difficult aspects in the work of neontologist, critical states of such babies demand not only high qualification of the doctor but also high moral and personal qualities.

Kursk Regional Perinatal center is considered to be the main institutions that provide the optimal conditions for first aid treatment and for  special care of the most little and severe patients. Due to  well-handed work of progressive obstetric and neontologic care and dedicative work of specialists in maternity hospitals and perinatal centers of our city  survival  and health statistic indications of new-born babies in Kursk region are  considered equal to the indications of  the leading russian clinics.

Chair of Pediatric Surgery and pediatrics is one of the best-known  institutions that prepare the talented neologists. Since  2009 more than 100 neologists graduated from this place and now sucessfully work in clinics of Kursk, Belgorod, Orel, Voronez,Bryansk, Lipetsk, Moscow ans St.Petersburg. Many courses of postgraduate education for doctors and paramedical personnel are held at the chair.

On the 5th of April neologists celibrate their professional holiday. At this day we would  like to join the greetings and to wish our collegues  good health, sucess in medical practice, good luck and many happy returns of the day!