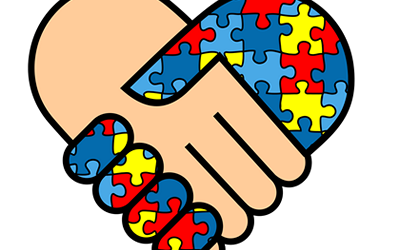 History of the holiday. World Autism Awareness Day was established by the Resolution of UN General Assembly on December 18, 2007 at the initiative of the State of Qatar. The General Assembly resolution focuses primarily on the problem of autism in children and points to the importance of early diagnosis of such disorders.

The purpose of this date is to inform the world community about the problems of autism spectrum disorders, including families in which children with autism are brought up, the need to improve their quality of life.

Statistics. According to epidemiological studies, there has been an increase in the prevalence of autism spectrum disorders all over the world, which is primarily connected not with a true increase in the number of cases, but to the expansion of criteria and the improvement of diagnostic tools.

According to the World Health Organization, about one in 160 children has autism spectrum disorders. This estimate is averaged because prevalence is more difficult to establish than disorders with clear biological markers. Symptoms of autism vary in severity and may occur in children with different intensity.

For example, the US Center for Disease Control and Prevention published new statistics in 2020, which shows that autism spectrum disorders occur in every 54th child. In addition, gender differences in the prevalence of ASD have been identified. Autism is diagnosed in boys 3-5 times more often than in girls.

Symptoms and prevention. Description of a child with autism. In order to understand what happens to a child with autism, imagine that all your feelings and sensations have intensified or weakened a hundredfold. Mild touching can cause you pain, and a strong blow may go unnoticed. Bright objects, previously familiar sounds may become frightening, the speech of the interlocutor is perceived as a melody. It is difficult to imagine this, but one can understand that the world around us is perceived differently by an autistic person.

Autistic children experience severe difficulties in interacting with others and with the world around them.

In a child with autism, as a rule, the process of personality formation is highly distorted. Such children barely identify themselves with their body, distinguish themselves from the world around them. This significantly distorts the interaction of such children with others and sometimes makes it impossible at all. Children with autism spectrum disorders often have disturbed emotional ties even with the closest people. They may be alone for a long time, they do not know how to express their desires and feelings, to seek help, and adults may be used as inanimate objects, for example, a child may climb on them in order to get the necessary thing from the shelf, act with their hands. They may not be able to go shopping or tie their shoelaces, but they may be talented in solving complex mathematical problems and unusual drawings. Parents of such children often have a feeling that the child lives in their own separate world.

In general, such children are distinguished by extreme unusualness, often pretentiousness in behavior, habits, which is not associated with poor upbringing or bad character, which they are often attributed to ignorance.

Seek medical advice if you notice the following features in your child:

Early diagnosis of autism spectrum disorders, comprehensive etiopathogenetic treatment, preventive measures, use of individual psychological correction programs are vital for a decent quality of life and development of people suffering from autism.

At the Department of Psychiatry and Psychosomatics of FSBEI HE KSMU of the Ministry of Health of Russia, a thesis research is currently being carried out for the degree of candidate of psychological sciences “Peculiarities of Thinking Formation in Children with Various Forms of Mental Development Disorders”, the emphasis of which is shifted to the study of children suffering from autism spectrum disorders. In the course of clinical and psychological interaction with children suffering from autism spectrum disorders, psychodiagnostics and psychological correction are carried out. A special place in working with such children is occupied by the methods of behavioral therapy aimed at changing behavior and feelings in a positive direction using modern theories of learning. Such work reduces the phenomena of self-stimulation, stereotypes, stimulates and develops speech and communication skills in suffering children.

Thus, psychosocial activities, behavioral therapy and training programs for parents and other caregivers may ease communication difficulties, streamline patient socialization, which has a significant impact on the well-being and quality of life of people with autism.