ALL-RUSSIAN STUDENT OLYMPIAD IN SURGERY FOR THE CUP NAMED AFTER ACADEMIC M.I. PERELMAN 2021 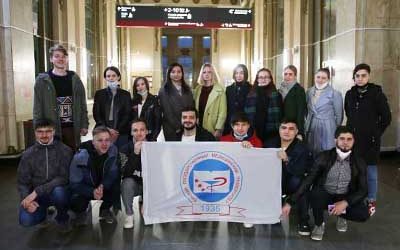 A student Olympiad in surgery for the Cup named after Academician M.I. Perelman was held from 12th to 17th of April 2021 at the First Moscow State Medical University named after I.M. Sechenov. 15 Russian teams from Vladivostok to St. Petersburg took part in the event. Competitions were held in 25 contests covering all areas of modern surgery.

The students took prizes in the competition “Knitting of Knots”, “Theory in Obstetrics and Gynecology” and “Thoracic Surgery”.

Among the representatives of the KSMU team were 2–6 year students of the medical and pediatric faculties. For many of them, this Olympiad was the first in their student life. It should be noted that the Olympiad was well organized, and leading Russian surgeons were included in the Jury.