A PORTRAIT SCULPTURE OF SAINT LUKE WAS OPENED AT KSMU 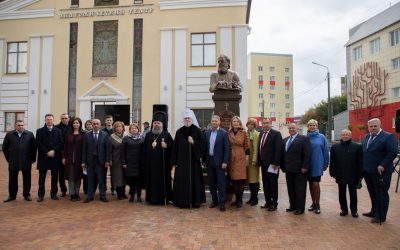 Today, on the territory of Kursk State Medical University, on the square in front of the Anatomical Theater, a portrait sculpture of Archbishop St. Luke, the outstanding surgeon Valentin Feliksovich Voino-Yasenetsky, was solemnly unveiled. The bust was installed within the framework of the patriotic project “Alley of Russian Glory”, designed to familiarize future generations with the history of their Fatherland.

The solemn event was attended by the Deputy Governor of the Kursk Region Andrey Belostotsky, Rector of KSMU Professor Viktor Lazarenko, Head of the City of Kursk Viktor Karamyshev, Metropolitan of Kursk and Rylsk Right Reverend German, as well as representatives of the Regional Duma, Kursk City Council, heads of health and education committees, Rospotrebnadzor, medical institutions, trade union organizations, faculty and students of KSMU.

Among the many names of great Russian doctors, Saint Luke occupies a special place. A man of unique destiny combined two principles: scientific and spiritual. Archbishop Luke (secular name – Valentin Feliksovich Voino – Yasenetsky) – Doctor of Medical Sciences, professor, surgeon, clergyman made a huge contribution not only to the development of medicine, but also to the revival of the spiritual traditions of Russia. For the inhabitants of our region, the name of the saint is close. At the beginning of the 20th century, Valentin Feliksovich worked as a doctor in the hospitals of Fatezh and Verkhny Lyubazh.

The event was opened by the rector of KSMU professor Viktor Lazarenko. He congratulated those present on the unveiling of the bust of St. Luke and assured that Kursk State Medical University would fulfill all the commandments that the great teacher St. Luke had proclaimed in medicine. His scientific works on anesthesiology, purulent surgery are relevant to this day. Despite the fact that almost a century has passed, they continue to be used in teaching.

In his video message, the Minister of Health of the Russian Federation Mikhail Murashko noted that the place for the installation of the monument to St. Luke was not chosen by chance:

– Today Kursk State Medical University uses breakthrough technologies to educate its specialists and scientists. At the same time, special attention is always paid to the formation of spiritual and moral culture, ethics and care for patients in future doctors. Kursk is also associated with some periods of life of Valentin Feliksovich Voino-Yasenetsky. It was here that he continued the path of a zemsky doctor. His arrival in Kursk province then coincided with the development of epidemics of typhoid fever, measles, smallpox. Today, healthcare workers are also bravely fighting the spread of coronavirus infection. Kursk State Medical University has been at the forefront of the fight against COVID-19 since the beginning of the pandemic. Its teachers, residents, students work in hospitals and the “red zone”. More than 1000 volunteers provide targeted assistance to citizens in need and help medical personnel. Let Saint Luke be for us a way of serving medicine, an example of how doctors can accomplish wonders if they combine knowledge, practical experience and spirituality.

In his welcoming speech, Deputy Governor Andrey Belostotsky wished all students and teachers of the university to be guided by the life of the great doctor, scientist and priest Archbishop Luke and always be under his patronage.

Metropolitan of Kursk and Rylsk Right Reverend German emphasized the importance of today’s event for the spiritual and moral education of young people and conducted the rite of consecration of the bust of Archbishop St. Luke.

After that, those present laid flowers at the foot of the bust. 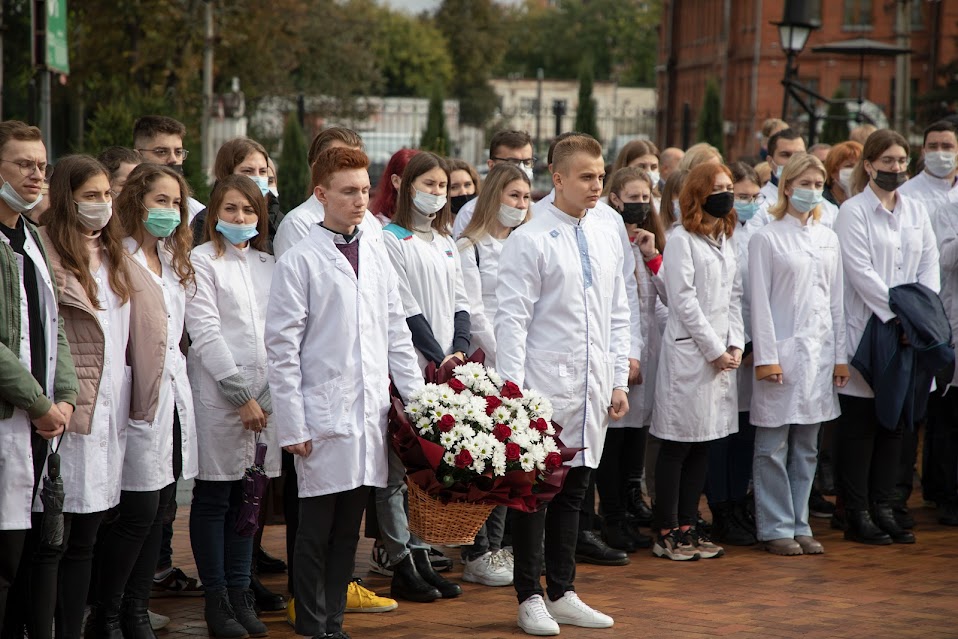 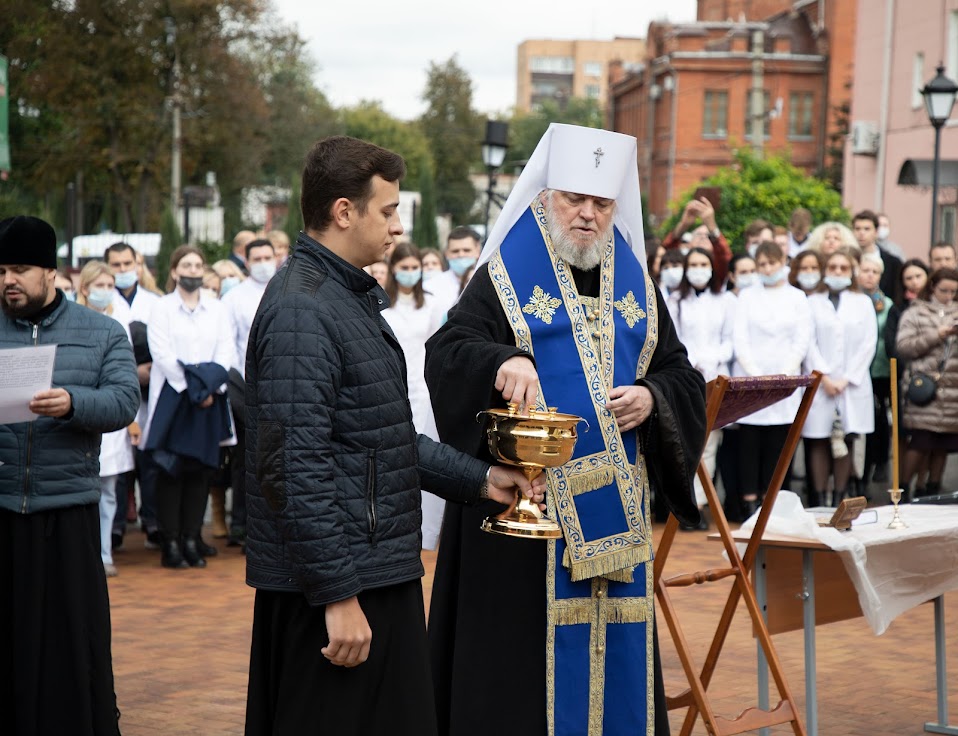 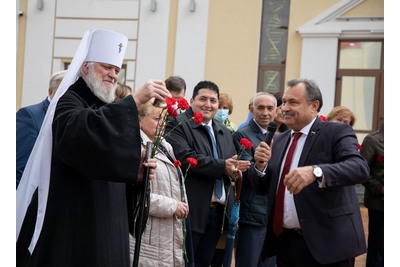