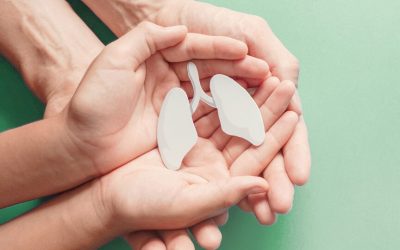 The day of March 24, 1882 was cold and damp. The sky was clouded. It was raining. The Berliners wrapped themselves in cloaks, opened their umbrellas, trying to overcome the open space of the German capital more quickly. At this time, the meeting of the Berlin Society of Physiology began in the house of the original design on Friedrichstrasse. In a solemn atmosphere, a short man with nose glasses rose to the tribune. The speaker calmly and confidently informed the audience that the causative agent of a severe and dangerous lung disease, called “white plague”, is a bacterium resistant to the environment, difficult to stain in laboratory preparations and transmitted from a sick person to a healthy person during ordinary conversation, coughing or sneezing. The voice of the speaker, already known by that time as physician Robert Koch, sounded confident. Of course, after all years of work on study of serious infectious diseases and long-term attempts to find the causative agent of “white plague” known today as tuberculosis, lay behind that person. The scientists in the hall froze, realizing that they were present at a landmark event. At this time, the clouds in the sky dissipated, and the sun appeared, as if illuminating a new era in the fight against tuberculosis.

Two days later, Robert Koch’s discovery was announced by a Berlin newspaper, describing all the details of that day. Today, this day has become the World Tuberculosis Day, a disease that, despite all the conditions for its eradication, remains a global problem for humanity.

This Day was established in 1982 by the decision of the WHO and the International Union against Tuberculosis and Lung Disease and is timed to coincide with the 100th anniversary of the discovery of the causative agent of tuberculosis — the Koch bacillus.

In 1993, the World Health Organization declared tuberculosis to be a national disaster, and March 24 became the World Tuberculosis Day.

Since 1998, it has received official support from the United Nations.

At the same time, the data of numerous research and fundamental developments, which became possible after the discovery of Robert Koch, led to the conclusion that it is possible to defeat tuberculosis, but only slowly and with the efforts of the entire world community.

And every year, World Tuberculosis Day reminds humanity of the need to continue this fight.

It is important to conduct tuberculosis prevention in two ways:

I.  Mandatory specific prevention (vaccination) and testing for tuberculosis  in children and adults

The main preventive measure in the fight against tuberculosis to date is the BCG vaccine. In accordance with the “National Calendar of Preventive Vaccination”, it is given in a maternity hospital in the absence of contraindications, in the first 3-7 days of child’s life. At 7 and 14 years old, if the Mantoux reaction is negative and there are no contraindications, revaccination is carried out. Children and adolescents are ordered to do diagnostic Mantoux test annually for early detection of the infection. Also, with a sharp change in the Mantoux reaction over the year (“banked turn”), the TB doctor may offer to conduct an in-depth examination.

In order to detect tuberculosis in the early stages, adults must undergo a fluorographic examination at least once a year (depending on their profession, state of health and belonging to various risk groups).

Do not refuse TB screening for the early detection of the disease! After all, any disease is easier to prevent than to cure!