175 YEARS OF THE FIRST ANESTHESIA 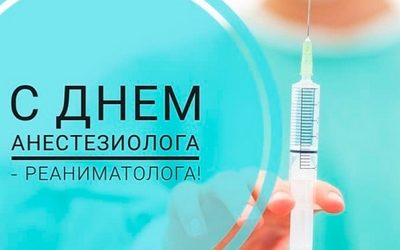 175 years ago, on October 16, 1846, in Boston (USA), dentist William Morton performed public anesthesia with ether. The anesthesia proved to be effective, and the operation was performed in complete silence. It made a stunning impression on the surrounding people, who were used to heart-rending screams during the operation.

Currently, in memory of this significant day, October 16 is celebrated as the World Day of the Anesthesiologist (one of the few professional holidays among medical specialties).

In Russia, a significant role in the development of anesthesia and its introduction into clinical practice was played by the Medical Faculty of Moscow University and the anesthesia committees established under it in 1847 under the leadership of A.M. Filomafitsky. These committees studied various ways of introducing ether and other substances into the body of animals. Already at the end of 1847, in Russia and in many European countries, ether began to be used in clinical conditions.

Morton’s contemporaries believed that general anesthesia was second in importance to humanity after the invention of printing. Apparently, this served as the ideological basis for the creation of a monument in Boston, which is called the “Monument to the Ether”. This is the only monument to a medicinal product in the world.

In the following years, by trial and error, there was a rapid development of anesthesiology, as, indeed, of all medicine.

The era of asepsis and antiseptics is coming. Theoretical and practical issues of our specialty are being solved, special medical equipment, new anesthetics, etc. are being created.

Since 1942 in anesthesiology, the use of curare-based muscle relaxants has begun. This caused the fourth revolution in surgery after the era of asepsis and antiseptics, the discovery of general anesthesia and the arrival of antibiotics. All this allowed surgery to move to a qualitatively different level.

On December 19, 1959, the order of the Ministry of Health of the USSR No. 537 was issued, in which the “Provision on the anesthesiologist doctor” took place. From that moment on, a new medical profession was legalized in the USSR – an anesthesiologist.

10 years later, in 1969, by order of the Ministry of Health of the USSR No. 605 of 19.08.69, the name of the medical specialty anesthesiology was changed to the name anesthesiology-resuscitation. So it remains to this day.

An invaluable contribution to the development of anesthesiology-intensive care in our region was made by the staff of the Kursk Regional Hospital. The first documentary evidence dates back to 1901. Studying the archival data on the work carried out in those years, we will find out what methods of anesthesia were used, and who carried out the anesthetic manual. So, in the reports, it is written that “… the senior paramedic I.I. Denisov always chloroformed.”

At the same time, departments of anesthesiology began to be created in the leading medical institutions of Kursk. They were small, and, as a rule, former surgeons worked in them.

6 full-time intensive care beds. The head of the department was appointed V.S. Tolmachev, who for many years headed our service in the Kursk region and made an invaluable contribution to its formation.

Thus, in October 1974, there were 12 intensive care beds for the entire Kursk region, including the city of Kursk, and today there are more than 300 of them.

On the basis of the regional clinical hospital in those years, doctors and nurses of many medical institutions of the city of Kursk and the Kursk region were trained in anesthesiology and resuscitation.

The teaching of anesthesiology at our university began in 1965, with the arrival of assistant M.L. Tatarsky at the Department of General Surgery

“On the establishment of the Department of Anesthesiology, Resuscitation and Intensive Care of FPO”. Over the past 22 years, more than 3,000 doctors have been trained at the department, including more than 500 people in internship and residency.

Currently, our service continues to develop dynamically and it has the greatest burden in the fight against COVID-19 coronavirus infection.